White powder gold is one of the greatest mysteries on planet earth. It has always been mysterious to me why gold was so valuable in a modern world.  There are of course other uses for gold other than ornamentation so why is it the standard by which all trade is measured. Only idiots would dig up huge swathes of the earth to get it when we know the earth is better left as it is.  So why is it the top commodity traded on the stock exchange.  It was not until the late twentienth century that is started to be used in modern computer devices and medicine.  My inquisitive mind led me to read more about this mysterious question and it seems that gold is a very special metal indeed.  It is said that King Solomon made white powder gold using the arc of the covenant which was a super conductor that could transform it to a high spin state.  The Queen of Sheba travelled to King Solomon to get her “bread” or “manna” as it was known in those times. 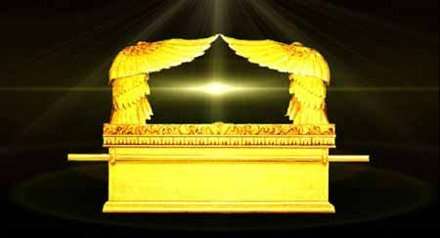 Science is moving at a pace never seen before.  The platinum metals have outstanding catalytic properties and it is possible that this technology will enable man to travel between dimensions and at the speed of light.

These include platinum, osmium, iridium, ruthenium, rhodium and palladium.
Human brain cells communicate by superconductivity, not electricity. Electricity travels near the speed of light, while superconductivity is in the range of the speed of sound. Government researchers have a device called a SQUID (Superconducting Quantum Interference Device) which actually monitors the light flowing from brain cell to brain cell. This is why over 5% of the brain’s dry matter weight is iridium and rhodium.”
Iridium with an atomic number of 77 is believed to be of extraterrestrial origin.  How could the end of our dna strands show iridium in the high spin state?

White powder gold (monoatomic gold), rediscovered by David Hudson and popularized by Laurence Gardner, has been used for ages on this planet to greatly accelerate the ascension process. Lemuria, Egypt, and other sacred civilizations and spiritual sects have utilized this little-known spiritual biochemistry.
White powder gold as well as monoatomic rhodium and monoatomic iridium are unique in form and function. David Hudson theorized that the elongated nuclei (2:1 height/width ratio)* of monoatomic elements allowing for a high spin state, along with  “paired” electrons, makes them biosuperconductors. White powder gold together with white powder rhodium/iridium facilitate a flow of energy thru the body with little or no resistance: and that light continues to flow, even without additional external potential.
As you move from 3rd-4th to 5th dimensional beings of light the innate resistances to the higher dimensional frequencies can cause discomfort, imbalance, and even disease.  These resistances are reflected on many levels, as physical tension and organic disturbances, as convoluted core beliefs and emotional imbalance or as aberrant DNA. White powder gold together with white powder rhodium and iridium can supersede these resistances by allowing a continual flow of light that ultimately washes away and heals, all the way down to the sub-atomic level.
The elements that comprise all matter at and above the atomic level are composed of atoms with electrons that are effectively free of each other; the total energy of the electron system is the sum of the energies of the individual electrons, the charge. In white powder gold, indeed in all monatomic elements,  electrons can bond together by their mutual interaction. These electrons are spinning at very high speeds with equal and opposite momentum.  Monoatomic gold creates a light vortex that is spinning, or spiraling at tremendous speed with zero momentum, a null particle/wave. (A particle is a wave that is brought into form by attention and observation)