Pavlovsk Station is a Russian seed bank on the outskirts of St Petersburg  and is one of the world’s most valuable seed and plant material collections in the world.  There is no doubt that this collection is priceless and that no amount of money could replace it.

The developers are moving in and the government officials are turning a blind eye.

It would take years to move the collection and plants would be lost in the process.  The five hundred hectares of the station contain twelve thousand varieties of apples, raspberries, currants, strawberries, cherries and many other crops.

The Seed Bank was established by Russian scientist Nikolai Vavilov in the 1920’s and is now managed by The Vavilov Research Institute.

In World War II during the siege of Leningrad twelve scientists chose to die rather than eat the seeds in the collection.

Gary Fowler Director of theThe Crop Diversity Trust, based in Rome has been fighting for the Seed Bank, however acknowledges that the Russian Housing Development Foundation is legally in the right. He also said that this is extinction on a level not seen in his professional lifetime and cannot be replaced

They may be legally in the right but morally and ethically there is no way.  They have no comprehension of what they are doing, or they wouldn’t be doing it.

Russia has just faced the worst drought since records began one hundred and thirty years ago.  Wheat prices have had their biggest jump since 1973 and the sowing of seed for Winter grains is now also threatened.

There are many seed banks all over the world and they concentrate on their own particular varieties. Some plant collections can only be saved in the ground.  This Russian seed bank collection and others like it must be preserved for future generations. 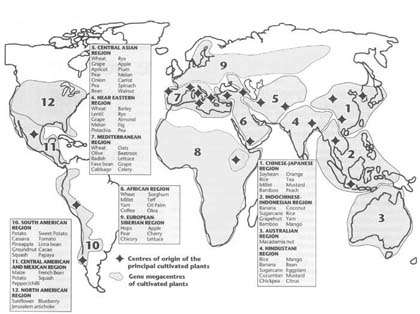