This plant is a great addition to the food garden. It is very high in nutrition and protein and grows easily. Once known as the food of the Pharaohs it has been cultivated for thousands of years and recognised for its medicinal and nutritional qualities.

A very hardy, fast growing annual to 1m, it self-sows readily. Suitable for subtropical and tropical areas.The leaves both raw and cooked are eaten. The youngest leaves and immature fruits are used in salads and the older leaves cooked as a spinach. It is very high in protein. The dried leaves can be used as a thickener in soups. Tea is also made from the dried leaves.

From a medicinal point of view it is reported to be a demulcent, deobstruent, diuretic, lactagogue, purgative and tonic. Tussa jute is used as a remedy for aches and pains, dysentery, enteritis, fever, dysentery, pectoral pains and tumors. In Ayurvedic medicine the leaves are used for ascites, pain, piles and tumours. Elsewhere leaves are used for cystitis, dysuria, fever and gonorrheae. The cold fusion is said to restore the appetite and strength.

This plant also produces a fibre which is one of the main sources of Jute, however it is inferior to the fibre that comes from Corchorus capsularis. Sackcloth is made from the coarse fibre. When the plant comes to flower and starts to rot the fibre can then be extracted. Due to its branching habit, plants are often grown very close together to prevent this happening. It produces a greyish paper. Sulphur matches are also made from the soft wood. It is often intercropped with Vigna spp (Cowpea).

Sown spring and summer it prefers a very fertile soil and a hot humid climate. It seems to tolerate both wet and dry soils and must be planted in full sun. It will not tolerate frost. Sometimes it is grown as an annual and sometimes as a perennial depending on climatic conditions.

It bears flowers from August to October, and the seeds ripen in October. The flowers are hermaphrodite (have both male and female organs) and are pollinated by insects.
Considered a serious weed in Australia, Egypt, Mozambique, the Philippines, Senegal, and Thailand, a principal weed in the Sudan, and a common weed in Afghanistan, India, Kenya, Nepal, Turkey, and Zambia, it is useful as a source of hardy protein however must be watched, and as with a lot of permaculture food plants must be cultivated carefully so as not to escape into the bushland and become a serious nuisance to indigenous eco-systems. 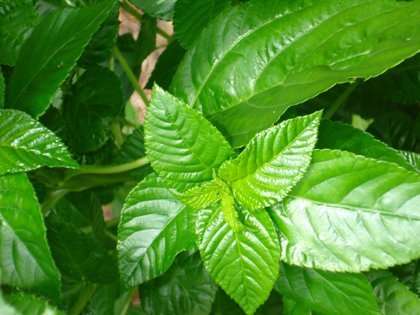